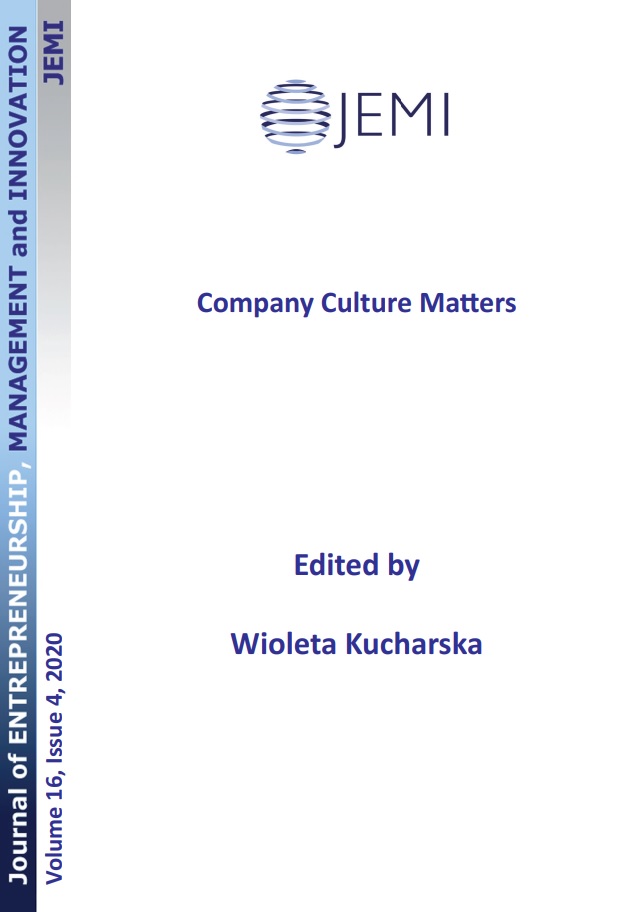 Economic growth and development have been the object of thousands of studies for centuries. Researchers are seeking the best explanation of that phenomenon both for pure epistemic and decision making purposes. Different studies concentrate on various dimensions of the economic development process, in particular: time (universal and specific); area (general or for the whole economy); and entity (economy, branch or company). Economic development is often expressed in terms of productivity or general welfare (income, production). Recent decades abound in research, not only on the relation between economic development and its factors, but also on the exploration of the roots of development determinants themselves. The articles presented in this issue refer to three factors of economic growth (broadly defined as): innovation, entrepreneurship, and other psychological elements of human and social capital covering all dimensions mentioned earlier.

In the first article, the research program of modeling the Schumpeterian vision of innovative development in the Arrow-Debreu theory of general equilibrium is extended. Agnieszka Lipieta and Andrzej Malawski model the mechanisms of Schumpeterian evolution in the conceptual apparatus of Hurwicz’s theory of economic mechanisms. The paper aims at the comparative analysis of two types of mechanisms distinguished within Schumpeterian evolution: the innovative evolution mechanism as well as the adopting mechanism. Due to both the formal conceptual apparatus of the general equilibrium theory and Hurwicz’s approach to the problem of designing economic mechanisms, the paper takes the form of the axiomatic-deductive system of mathematical theorems interpreted in the language of economics.

In the next article, Anna Golejewska examines the innovativeness of enterprises in 69 Polish NUTS3 sub-regions in 2014. The analysis is based on unpublished regional data of the Polish Central Statistical Office covering the following variables: share of enterprises which have incurred outlays for innovative activities, share of enterprises implementing process or product innovations, share of companies collaborating in the field of innovation, and share of new or modernized products in total production sold in industrial companies. The analysis is focused on building rankings and cluster analysis of the NUTS3 regions. The research method applied by the Author is composed of selected techniques of multidimensional comparative analysis, principal component analysis and the hierarchical Ward’s method. The results show substantial differences among NUTS3 sub-regions with regard to the innovativeness of enterprises.

The focus of the next study is the innovativeness of a particular industry. Manuel González-López analyses the competitive and innovative trajectories followed by the canned fish industry in recent times. The article is based on four case studies from the Galician industry in Spain, which comprises the largest share of the European canned fish sector. At least four different innovation patterns are found in the industry. The first pattern is a conservative one where innovation is seen as a risk and therefore maintaining current routines is the chosen option. The second pattern has been defined as “large retailer-dominated” and is followed by companies that have signed exclusive agreements with large retailers, which increasingly determine most of their innovation activities. The third strategy is explained as “territory-orientated,” since product innovation and incorporation of quality distinctions based on the territory are the main innovation drivers. The last distinguished type is an “ecological or nature-orientated” innovation strategy where meeting ecological normative requirements are the main innovation driver.

The last article regarding innovativeness is also focused on a specific industry, namely the Swedish agriculture industry. Jennie Cederholm Björklund states, that although research shows that sustainable business model innovation (SBMI) contributes to the creation of sustainable businesses and to the development of a sustainable society, Swedish agriculture has not been at the forefront in the use of SBMI. The purpose of the study is to examine the barriers to SBMI in Swedish agriculture, in order to understand why farmers seldom engage in SBMI. This qualitative study follows the Gioia methodology. The data for the analysis was acquired in semi-structured interviews with entrepreneurs at six family farms in Sweden. The paper makes a theoretical contribution to the research on SBMI with its focus on sustainable entrepreneurship in the Swedish agricultural industry. The paper concludes that the barriers to SBMI are external, internal, and contextual, where the internal are the largest and most challenging.

The next two articles relate to the other factor of economic development, specifically to entrepreneurship. In both cases, young people’ (students’) attitudes and behavior were examined.

Krzysztof Zięba and Jakub Golik present abrief overview of entrepreneurial self-efficacy (ESE) research and pose the question whether the ESE of Polish students can serve as an early predictor of their subsequent entrepreneurial activities, potentially leading them to nascent entrepreneurship. The research material was collected from SEAS (Survey on Entrepreneurial Attitudes of Students) Project carried out at the Faculty of Management and Economics, Gdańsk University of Technology. The research sample was composed of 72 students. ESE was measured in a pre-post setting using a single item based on a five-point Likert scale. One of the research conclusions is that ESE manifested by students-beginners seems to influence their later entrepreneurial behavior in a statistically significant way - potentially making ESE a valuable early predictor of future entrepreneurial activities. In the concluding part, the study limitations are discussed and future study developments are indicated.

Students’ perception of the level of an entrepreneur’s structural, relational and cognitive social capital is the object of Paweł Ziemiański study. The research involved a group of 374 undergraduate business students from a Polish university as participants. It was found that participants assessed the level of an entrepreneur’s social capital as relatively low. Due to the fact that social capital and its different dimensions serve different purposes in the process of venture creation, the obtained result can be considered alarming. It suggests that it is necessary to review and design activities facilitating the development of an entrepreneurial culture in Poland.

The research topic of the last article is to examine the utility of the fivefactor model of Costa and McCrae in the context of life insurance industry effectiveness, from both theoretical and practical perspectives. The research is based on the case study of the four largest life insurance companies 796 most effective agents. Results imply the existence of a positive correlation between the level of the selected personality trait intensities and the life insurance agent’s sales efficiency. Moreover, levels of the personality traits of “openness to experience,” “consciousness,” “agreeableness” and “neuroticism” are the predictors of life insurance company effectiveness, and there are fundamentals for induction to be appropriate for the whole retail financial sector human resources management system.

The Guest Editors of this publication would like to thank all of the authors for presenting their valuable research which constitutes an interesting representation of a contemporary approach to the sources of socio-economic development. At the same time, they would like to thank all the reviewers who have contributed to improving the articles for this quarterly issue of JEMI and to continuing the high standards of the magazine. We hope the articles presented here in this issue will prove to be compelling reading to scholars all over the world and inspire them on to further research on innovativeness, entrepreneurship and psychological traits affecting productivity.